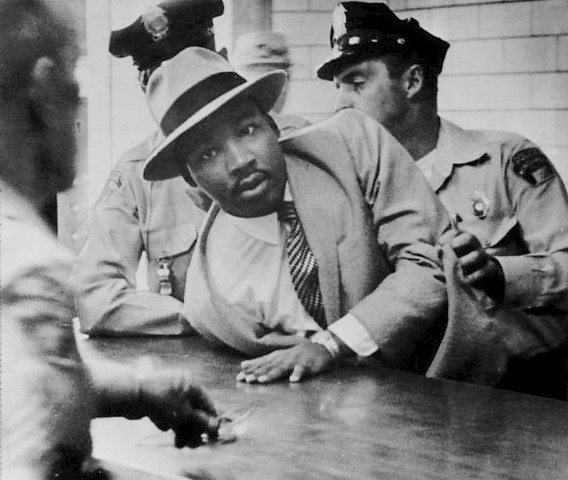 Protesting is as American as apple pie. It started in pre-Revolutionary America and has continued to the present, notably with this summer’s protests at Charlottesville, Berkeley, Boston and other cites around the country. Most of these protests have involved free speech and included counter-protesters against white supremacy groups or those allegedly aligned with them.

Municipalities, though they must abide by the First Amendment regarding freedom of speech and the freedom to assembly, are wary of protest marches and demonstrations since these require a large police presence and the potential for violence. If a scuffle breaks out, or worse, then police are mostly indiscriminate about who they will arrest. If objects are being thrown at police or punches thrown at them, you can be certain that they will retaliate with clubs or teargas and begin rounding up anyone in the immediate area.

You do have rights as a protester. For instance, you can protest in a public place such as in front of a courthouse or other public building. However, you cannot block traffic or harass pedestrians. If you are protesting in front of a private office building, this is not a public area since the sidewalk in front is likely owned by the building owners. If on a public sidewalk, you can move together as a group on the sidewalk and hand-out literature if you wish.

Many cities require permits to protest such as at a public park or if you are planning a demonstration. A city is allowed to dictate the time, place and manner of the activity while not censoring the type of speech.

If you are planning on attending a protest or demonstration by yourself or a few friends, or as part of an organized group, the following are some suggestions on how to avoid arrest or what to do if you are arrested while protesting.

Plan Before You Go

Before you go to a demonstration or protest rally, especially where counter-protesters are likely to show up, there is a high likelihood of violence. Tensions run high at these events and individuals in groups feel more empowered to express their opinions loudly and sometimes with violence.

You can plan ahead by taking these measures:

3.  If in a group, plan your route. Stay on the sidewalk or the immediate area where protesters are gathered and where police are allowing you to assemble. If the demonstration required a permit and none was obtained, police will ask you to disperse. If you do not, you are subject to arrest.

4.  If police approach you to question you. You can respond by:

Although an officer will not like it, you are allowed to videotape any encounter with police. Or, ask someone near you to do so in order to have a record of the event in case you are charged with resisting arrest or assault, or if a search you did not consent to revealed contraband for which you are arrested.

5.  If there is violence. Expect police to move aggressively in your direction. If so, then immediately leave the area.

If Arrested for Protesting

If you are arrested, do not resist, even if the arrest is not justified. If there is a fight with multiple participants, police will not stop to see who is involved but will arrest everyone. If you resist, you face a serious charge of resisting arrest. If you lash out and strike an officer, you face possible felony assault charges regardless if you hurt the officer or not.

In many cases, you will be ordered to get on the ground where you may be handcuffed. Again, do not resist. Do not make statements to the police or anyone else. Ask a friend, if possible, to videotape the arrest so you can prove you did not resist and never consented to a search.

Call your protest arrest lawyer whom you talked to previously so you can be released much sooner. If you are charged with a felony, bail will be set. Your attorney can arrange for a bond immediately, though expect to wait several hours before being released.

At an arraignment, your attorney will plead you not guilty unless the prosecutor has offered a plea to an infraction or minor violation like jaywalking. In many protest cases, the prosecutor will dismiss most cases unless there is compelling evidence of assault or resisting arrest.

Paul Moraski is a criminal defense lawyer who represents individuals arrested at protests or demonstrations for various alleged offenses such as assault or resisting arrest, or which are based on unlawful searches and seizures.

Call his office today at (978) 397-0011 to discuss your case and your legal options if you are planning to attend a protest or have been arrested at one.