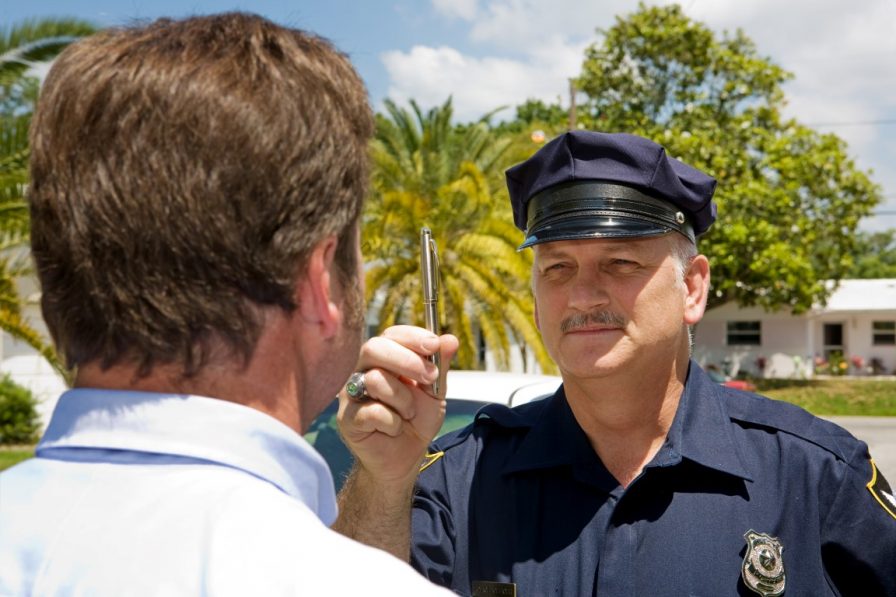 What Is a Roadside Sobriety Test?

Roadside sobriety tests are the tests that you often see in crime shows and movies. The National Highway Traffic Safety Administration (NHTSA) has sanctioned three types of tests, and no – repeating the alphabet backwards as quickly as you can is not one of them. The three types of test that are sanctioned by the NHTSA are:

The one-legged stand test. During a one-legged stand test, the driver is asked to balance on one leg in order to test balance and coordination. Both this test and the walk and turn test are divided attention tests that also test the subject’s ability to follow directions.

The horizontal gaze nystagmus test. This test does not test the subject’s ability to follow directions; instead, the officer moves their finger in front of the subject’s face, and asks the subject to follow the finger with their eyes. When a person is intoxicated, the jerking of the eyes is often more exacerbated.

Can an Officer Arrest Me if I Fail a Roadside Sobriety Test?

Yes – an officer can arrest you for a DUI if you fail a roadside sobriety test. In fact, an officer can arrest a person for a DUI anytime that they have probable cause to do so. This means that even if you do not consent to the field sobriety test and therefore do not take it, you could still be arrested if the officer smells alcohol on your breath, your vehicle was swerving all over the road, you are slurring your speech, or you give the officer probable cause to believe that you are intoxicated.

Defending Yourself Against DUI Charges and Field Sobriety Evidence

While there is nothing positive about being arrested for a DUI, your case may have a silver lining if you were arrested based on the results of a field sobriety test, and if this is the only solid evidence against you. This is because a) field sobriety tests are often incorrectly administered – if the administering police officer made an error and our law firm can prove it, the results of the test may be invalid; and b) even sober people fail field sobriety tests, and there are a number of reasons – ranging from fatigue to a health condition to plain poor balance – that you may have failed yours other than the involvement of alcohol.

At The Law Offices of Paul R. Moraski, our experienced DUI attorney is here to help you. If you are charged with a DUI, contact us today for your free consultation.