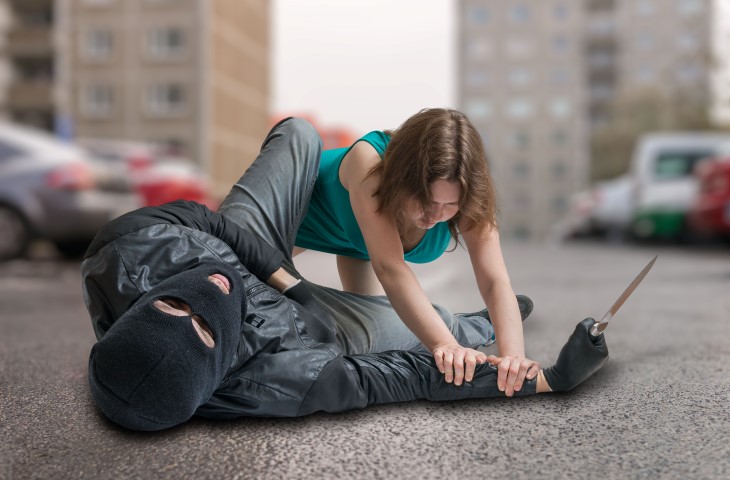 One of the most confusing and disputed parts of criminal law is in regards to when a victim has the right to defend himself against harm, and if in doing so, the victim is then protected from criminal charges. For example, if a trespasser enters a property in Massachusetts, and the property owner shoots the trespasser and the trespasser dies, is the property owner protected from criminal charges based on self defense? Or, perhaps less seriously, if a man is hit in a bar and responds by hitting the assailant back, breaking the assailant’s nose, is he protected from being charged with a crime based on the fact that he was defending himself?

The Massachusetts Self Defense Law

In Massachusetts, the basic law is this: if a person believes himself or another party to be in immediate danger, they have the right to defend himself (or the other party) against the danger after certain steps are taken. The law requires that that before you attack another party, you:

By this standard, a person in a bar who is accused of assault and battery cannot claim self defense based only on the grounds that the other party came at them first unless they can prove that they did everything possible to avoid force and physical contact first, and that they did not use more force than necessary in their defense.

What About When Deadly Force Is Used?

In the event that deadly force is used and a person is killed as such, the same criteria above applies in order to use the self defense defense; a person must believe that they are at risk of harm, must take reasonable action to avoid force, and may not use more force than is reasonable for the circumstances. Based on this standard, a person who kills another could use self defense as a viable defense against murder charges if the original trespasser/assailant was armed with a deadly weapon, such as a knife or a gun, and therefore using deadly force seemed reasonable in the situation.

Keep in mind that in the event that a person is being prosecuted for harming or killing a person within their own home (i.e. a trespasser), the Castle Doctrine applies. The Castle Doctrine, as found in Section 8A of Massachusetts General Laws, reads that the occupant of a dwelling who is charged with killing a trespasser in the dwelling does not have a duty to retreat from the trespasser before using force against them.

Have You Been Charged with a Violent Crime? Our Law Firm Can Help

If you have been charged with a violent crime in Massachusetts, it is important that you understand your rights and your options for using self defense to secure a better outcome for your case. At The Law Offices of Paul R. Moraski, our experienced Massachusetts criminal defense attorney is here to assist you. Contact us today at (978) 397-0011 to learn more.