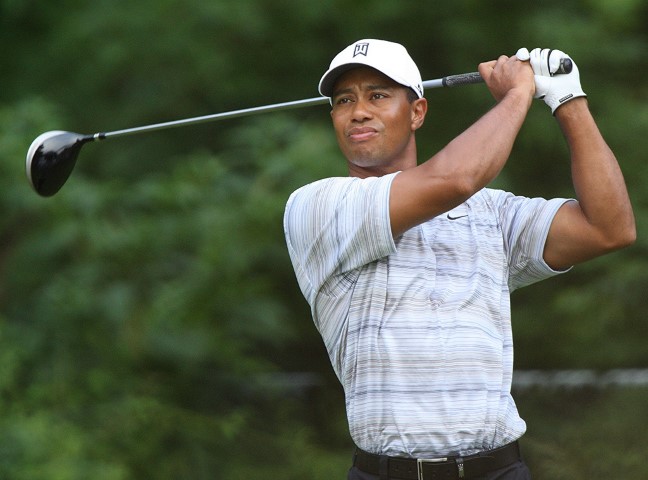 Well Tiger Woods definitely can!  Tiger Woods is one of the most recognizable athletes in the world, having thrilled fans since the 1990s with his enormous talent playing the game of golf and winning 79 PGA tour events that include 14 major titles, second only to Jack Nicklaus. However, his golfing and personal life took a downward spiral in 2009 when his wife discovered he had been engaged in numerous adulterous affairs since their marriage and took a golf club to his vehicle in a widely reported incident.

Since then, Tiger has coped with a number of physical ailments resulting in four back surgeries and knee surgery. He won no PGA events in 2010 and 2011 and just one tour event in 2012. He has won nothing since then and his appearances have been sporadic and with not much success.

Many people who have had back problems requiring surgery, let alone four of them, can attest to chronic pain. As a result, most turn to pain medication and in some cases become seriously addicted.

Tiger’s battle with chronic pain was highlighted when over Memorial Day Weekend this year, police found him asleep at the wheel of his Mercedes-Benz along a Florida highway. Toxicology tests revealed no alcohol but did detect the presence of pain-killers Vicodin and Dilaudid along with Xanax (a mood or anti-depressant), Ambien, and THC (marijuana). When questioned by police, Woods had no idea where he was. He reportedly stumbled and swayed during field sobriety tests and admitted to taking Xanax and Vicodin. He was placed under arrest and charged with DUI.

Florida law, however, offers first-offenders like Woods a diversionary disposition that had him plead guilty to reckless driving and required him to attend DUI school, perform 20-hours of community service, attend a workshop where victims of impaired driving share their stories, and pay various fines and court costs. If he completes the program with no further arrests, the reckless driving charge will be expunged from his record. Whether or not Tiger returns to the golf course and regains any semblance of his former self remains to be seen.

Driving While Impaired (OUI) in Massachusetts

Every motorist knows or should know that drinking and/or taking drugs and driving is dangerous and that if arrested for OUI, you face serious penalties including possible jail time, large fines, revocation of your license, and substantially increased insurance premiums. Your expenses can easily be or exceed $10,000 in defense costs, fines and other expenses. Some people risk losing their jobs, such as commercial drivers.

Reasons for a Stop

If you catch the eye of a police officer by driving erratically, weaving in your lane, not stopping completely at a stop sign, or falling asleep in your car at the side of the road like Tiger, then police may stop and detain you. If you are groggy, incoherent, stumbling, or slurring your speech, police will suspect you of impaired driving and investigate further.

Police may ask you certain questions about drinking or ingestion of drugs and ask you to perform certain coordination or field sobriety tests and judge whether you are impaired from your performance. Based on the officer’s observations, you can be arrested for OUI. At this point, you will be asked to take a breath test or blood test if drugs are suspected as the cause of your impairment. If the test indicates your blood alcohol concentration (BAC) level is 0.08% or higher, you will be charged. Even if it is lower or you refused testing, you can still be charged with OUI.

Under Massachusetts law, you must submit to chemical testing under our implied consent law. If you refuse, your driver’s license will be suspended for one year or more depending on if you have prior OUI convictions or refusals. You can contest the revocation of your license but you only have 15-days to request a hearing with the RMV. Call a DUI lawyer immediately or your waive your right to this hearing.

A breathalyzer only detects the presence of alcohol in your lungs and cannot detect any drug such as Vicodin, Dilaudid, Xanax, Ambien, or THC, the drugs that Tiger ingested before his arrest. An officer can use a certain field sobriety test called the horizontal gaze nystagmus, which refers to the involuntary jerking of the eye as an indication of drugs in your system. Although not a reliable indicator and usually not admissible at trial as evidence of impairment, officers can use the alleged results to find probable cause to arrest you and request that you submit to a blood test.

However, there is no minimum level for a drug that is an indication of impairment such as 0.08% for breath testing of alcohol.

An experienced and aggressive DUI lawyer can analyze your case and use any number of defenses in a OUI trial. The following are some common ones:

An officer may testify you were weaving or crossed the yellow line and suspected you were impaired. However, weather conditions or a distraction may easily have caused you to stray before you made a correction. Officers usually exaggerate a driving violation such as a rolling stop or speeding, which are not signs of impairment.

Many reports make no mention of your pulling over. Your DUI lawyer can point out that you had no problem doing so. If the officers says otherwise at trial, your lawyer will agree that it was relevant but was omitted from the officer’s report despite noting other relevant observations.

Many field sobriety tests, such as finger-to-nose, walking a straight line, or counting backwards while performing another test are not conducted properly by the officer. Further, many tests are conducted in poor weather or on sloped surfaces. If you are elderly, tired from driving or from a long day working, or have certain physical ailments, you will not perform well. The officer will usually fail to note these factors in his report and state how poorly you performed though the officer has never observed you doing these tests under any other circumstances. Further, most people under the stress of the moment will not perform well regardless if they were drinking.

There are numerous ways to challenge the validity of the breath or blood tests. One is the rising BAC defense where your BAC was rising at the time you took the test which could be an hour or more after your arrest, and so was more than likely below 0.08% at the time you were driving.

Your DUI lawyer can obtain records on the maintenance of the breathalyzer and determine if it was properly calibrated or serviced according to published standards or if the technician administered it per standard protocol.

Other questions can focus on whether you were observed for a certain time to ensure you did not vomit, regurgitate, burp, eat or smoke anything before the test. An expert can testify that various external influences can affect the test results, such as radio frequency interference, the presence of mouth alcohol, various physical conditions, and others. Your expert can also comment on the inherent unreliability of breath testing and the margin of error.

If a blood test was used, then the chain of evidence must be established as well as proving that it was administered per certain standards. Also, the presence of any drug in your body is not indication of impairment. Many drugs remain in your system for days or even weeks, long after its effects have worn out.

If you face a DUI or OUI, it is essential that you retain a DUI lawyer who has years of experience defending all types of OUI matters. Paul R. Moraski is an aggressive litigator who will explore all possible defenses and either get you a satisfactory plea deal or welcome taking your case to trial. Call his office today at (978) 397-0011.