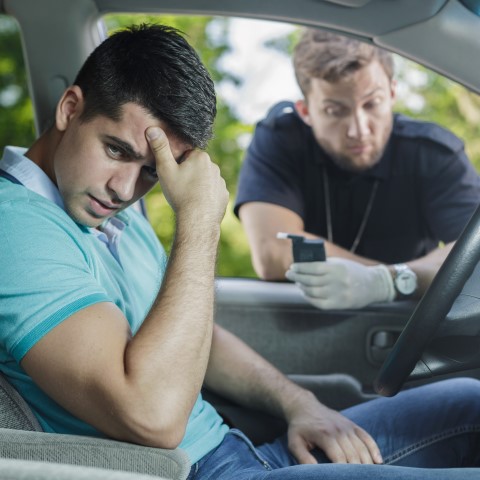 Most people understand that if they are driving on Massachusetts’ roads and they perform a dangerous or illegal maneuver, a police officer has probable cause to pull them over, and will likely to do so. If the person is intoxicated at the time, a police officer can ask them to submit to a breathalyzer test, and arrest them for a DUI.

What is very different from the above example, however, is a DUI checkpoint. Unlike other police stops, which require officers to have probable cause to stop drivers, DUI checkpoints are police traffic stops that are not tied to specific individuals nor instances. Also called sobriety checkpoints, these types of stops are perfectly legal in the state. Here is what you need to know about your rights during a DUI checkpoint in Massachusetts:

You CAN Be Stopped and Questioned

Remember, for the vast majority of traffic stops, police must have probable cause. However, during DUI checkpoints, this requirement is waived based on the premise that the dangers of drunk driving outweigh the need for probable cause, and that sobriety checkpoints are announced in advance.

Officers however cannot stop your vehicle specifically because of your race, gender, or other discriminatory factor. Cars must be stopped in a particular pattern (i.e. every fourth vehicle) or based on signs of intoxicated.

What Happens If I’m Questioned?

If your vehicle is stopped, the police officer will probably chat with you for a few moments about your activities and whether or not you have been drinking. If the officer suspects suspicious behavior, they can ask you to move to a different area for additional screening. This is where the officer needs probable cause; if the officer has a reason to believe that, more likely than not, you are intoxicated, the officer can ask you to perform a field sobriety test or submit to a breathalyzer test. While you can refuse to perform a field sobriety test or take a breathalyzer test, a police officer can still arrest you if they have probable cause to do so. Further, you will have your driver’s license suspended for your refusal to comply to the breathalyzer test.

What to Do During a DUI Checkpoint

During a DUI checkpoint, you should remain calm and polite, but also be aware of your rights. While an officer can stop you and question you, they cannot force you to submit to testing nor search your vehicle unless they have probable cause to do so.

How a Massachusetts DUI Attorney Can Help

At The Law Offices of Paul R. Moraski, we can help you to fight a DUI arrest and charges that occurred during a DUI checkpoint. To learn more about your rights under the law and what you should do if charged with a DUI, contact our law offices for a free consultation today.