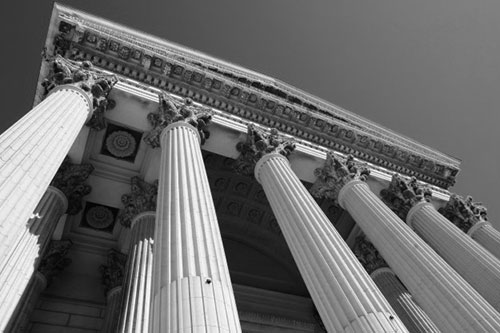 Being convicted of a state felony crime has serious repercussions. These repercussions often begin with a large fine and a prison sentence, but extend to a black mark on your permanent criminal record, limited housing and work opportunities, and other restrictions on future possibilities.

For those who have been convicted of a felony in the state of Massachusetts, the conviction may be appealed in a state court of appeals (this is not true for those persons who have plead guilty to felony charges). The following considers some important information that you need to know about felony appeals and the process of seeking an appeal–

What Is a Felony Appeal and How Is One Requested?

A felony appeal is a request to a higher court to review your case and the decision by a lower court. In some cases, filing an appeal can result in the reversal of a guilty verdict. In order to request an appeal with a higher court, you will need to file a notice of appeal. According to Massachusetts law, a notice of appeal must be filed within 30 days of a verdict of guilty, or within 30 days after the imposition of a sentence in criminal cases.

When Is an Appeal Granted?

Keep in mind that while anyone is allowed to request an appeal, an appeal will only be granted in certain circumstances; a convicted person cannot file an appeal to a guilty charge just because they don’t like the outcome of their case. Instead, you must prove that a breach of justice or a legal error occurred, that your constitutional rights were infringed upon, and because of this appeal is deserved. Some common reasons for an appeal include:

In order to prove the above, your appellate attorney is responsible for filing a brief along with your notice of appeal that points out all errors or misconduct that were committed, and explains why an appeal is your right under the law. Your attorney will also need to submit all transcripts of your case for review. The importance of presenting convincing evidence of legal errors made during your trial cannot be stressed enough; you need an experienced and highly skilled attorney on your side during this phase of the appeals process.

If your appeal is granted, the court of appeals may reverse the verdict against you, or may declare a mistrial, in which case a new trial will take place. If your appeal is not granted, there are still options for fighting a conviction, such as presenting new evidence and requesting a new trial. Working with an experienced criminal defense attorney can help you to understand all of your options and the best path moving forward.

At The Law Offices of Paul R. Moraski, our talented felony appeals attorney knows what is on the line. To learn about your rights under the law and to secure the best future possible, contact Paul Moraski today by phone at 978-397-0011, or online for a free consultation.