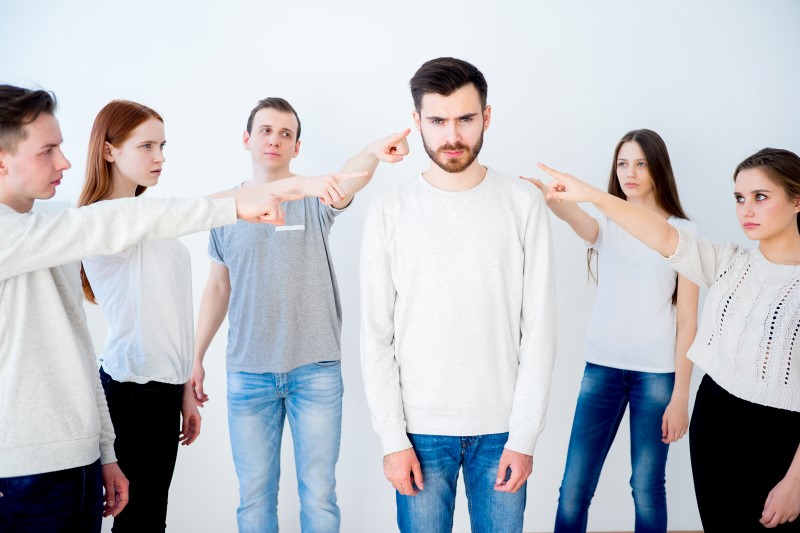 Domestic violence is assault and battery, but it more specifically refers to physical, emotional or economic abuse perpetrated on a family or household member. This includes a spouse or an individual with whom you have a child in common, or a person with whom you have or were at one time in a substantive engagement or dating relationship.

A domestic violence charge can also be brought if you allegedly threatened the individual with violence or abuse. In other words, police can and will arrest you even if the alleged victim has no visible signs of harm on them so long as there is probable cause for suspecting the offense did occur. Further, you can be arrested if the victim refuses to give a statement or to testify against you or recants his or her previous statement. This is true regardless if there is any other evidence supporting the domestic violence charge against you.

An alleged assault victim can request a protective order, also called a 209A order, against you if he/she feels abused, or you have been arrested or charged and have been released. At a hearing, the court may find that abuse has occurred and issue an order with the following conditions:

A temporary or emergency order can be issued ex parte and without notice to you if the victim demonstrates a credible fear of imminent violence or abuse. You will have an opportunity to contest the order within 10-days. As part of the order, you will have to surrender all firearms.

If you violate the order, you face up to 90-days in jail. If bail was previously imposed, it will be revoked.

Most domestic violence charges are misdemeanor offenses unless there are aggravating circumstances present that elevate or enhance the charge to a felony, such as use of a firearm or other deadly weapon.

If convicted of domestic violence, you face:

A dangerous weapon does not have to be a gun, knife, or any implement. If you kicked in a door to allegedly attack the victim, your foot could be construed as a dangerous weapon.

Defendants also face felony domestic violence charges if a protective order was in place when the assault allegedly occurred, or if the offense occurred in conjunction with another felony such as rape.

Many first offenders are offered probation but are required to attend a court certified program. These programs can cost several thousand dollars.

Another possible disposition is pre-trial probation where a defendant is placed under the care of a probation officer before a plea of guilty is entered. If the defendant successfully completes all conditions imposed, the charges will be dismissed.

There are a number of defenses that we can bring if you are charged with domestic violence:

As a seasoned criminal defense lawyer, Paul Moraski has successfully defended numerous clients accused of domestic violence. He can obtain state agency records, police reports, 911 recordings, content on social medial sites, interview witnesses, and conduct any other investigation into the allegations against you.

Call Paul Moraski at (978) 397-0011  for a free consultation about your domestic violence case and learn how we can offer you the best chance for a satisfactory disposition.