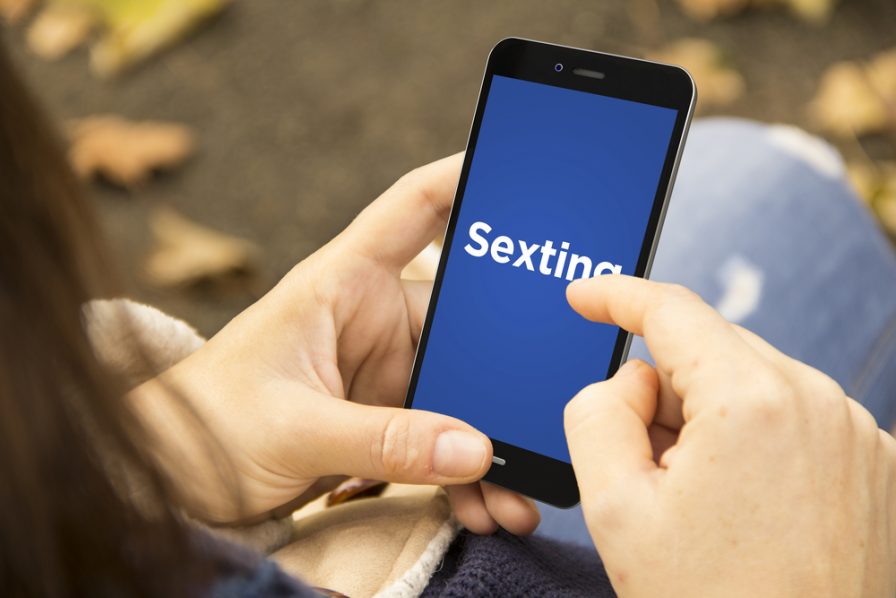 Data provided by the Pew Research Center shows that a whopping 95 percent of Americans now own a cellphone of some kind, and that the percentage of Americans who own a smartphone is 77 percent. Which means that in 2019, the ability to take and send a photo with a phone in a matter of seconds is nearly ubiquitous. While this is certainly an amazing technological feat, it has also opened the door to questions about the ethics and legality of certain actions, including that of sexting. Here’s what you need to know about the legality of sexting in Salem, Massachusetts–

Sexting refers to the use of a cellphone/smart device to send pictures, videos, or texts that are sexual in nature. Sexting is very common amongst both adults and teens; in fact, research from 2018 shows that at least one in seven teens report sending sexts, and one if four report receiving sexts.

Sending sexually explicit pictures and texts may seem completely appropriate – when engaged in by consenting adults, that is. The issue can become more complicated when:

Currently, the act of sexting itself is not illegal in the state. However, in the event that sexually explicit pictures of a minor are taken, sent, or received, other laws on Massachusetts’ books may apply. To be sure, Massachusetts law prohibits individuals from sending materials that could be harmful to minors; from knowingly causing or encouraging or permitting someone under the age of 18 to be photographed naked or partially naked; from possessing any image of a person who is under the age of 18 posed in a lewd exhibition; and from distributing images of a person who is under the age of 18 who is nude or who is engaged in a sexual act.

Do I Need a Lawyer If I’m Caught Sexting?

Whether or not you need a lawyer if you’re accused of sexting depending on whether or not you are facing criminal charges – this may be dictated by your age, the age of the person to whom you are sending or receiving texts, and the pornographic nature of texts.

If you have been accused of sexting or another sex crime, including child pornography, you need to call a criminal defense attorney in Salem immediately. At The Law Office of Paul R. Moraski, our experienced criminal defense lawyer can help you to understand the charges you’re facing and your defense options. Call us today at (978) 397-0011 or send us a message directly to learn more.