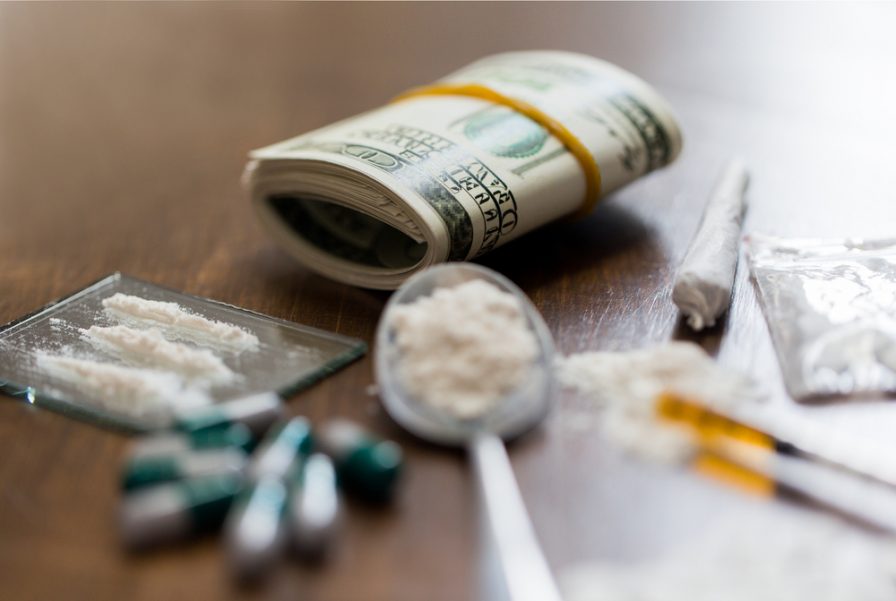 If you use illegal drugs, even prescription medication that was not prescribed to you, you are risking criminal prosecution and penalties that can severely affect your life. Although first-time offenders can be treated with leniency and given a second chance with records sealed in many cases, you may not be so lucky if you are involved in the distribution or trafficking of large quantities of narcotics where you face mandatory state prison time. Should a drug that you sold was to a minor, was near a school or park, or resulted in a death or serious bodily injury, then you face enhanced penalties including mandatory incarceration.

Simple possession of a narcotic or a small quantity of marijuana might result in probation or a short jail term, but subsequent convictions for possession or for distribution and trafficking carry much more severe penalties. Because defendants in serious drug cases face years of incarceration coupled with the ominous reality that a felony conviction can pose considerable barriers to your finding suitable employment or housing among other adverse consequences, you need the representation of a highly seasoned and experienced criminal lawyer.

If convicted of possession only, you face the following penalties:

These include drugs like heroin, fentanyl, ketamine, morphine, and GHB, which are especially insidious drugs where an overdose is commonly lethal. Small amounts of fentanyl are particularly lethal. Your sentence can be:

Subsequent convictions result in a mandatory minimum state prison time of 3.5 years and up to 15-years in prison with a $15,000 fine.

If you sell heroin to a minor, you face mandatory minimum prison time of 5-years and up to 15-years in prison with a fine of $25,000.

Drugs such as methamphetamine, PCP, LSD, oxycodone, opium, hydrochloride, amphetamines, ecstasy, and cocaine and crack cocaine are the most common in this class. Sentences are:

Sale of cocaine to a minor can result in a mandatory minimum prison time of 3-years, and up to 15-years with a fine of $25,000.

Sale of any other Class B drug can result in a mandatory minimum of 5-years in state prison and up to 15-years, and a fine of $25,000

These are considered less potent than other classes of drugs and include tranquilizers, mescaline, peyote, and psilocybin mushrooms. If convicted, you face:

Subsequent convictions include a mandatory minimum jail sentence of 18-months and a $1,000 fine, and up to 10-years in state prison and a $10,000 fine.

These include more than one ounce of marijuana, barbiturates, inhalants, and phenobarbital. A conviction can result in:

You are allowed to grow up to 6 marijuana plants for your own consumption and possess less than one ounce of the drug, and/or up to 5 grams of concentrate, and may possess up to 10 ounces of marijuana in your home. If more than one person aged 21 or over resides in the home, you may have up to 12 plants.

Any unauthorized transfer of marijuana to a person under the age of 21 is criminally prosecuted with a possible jail sentence of up to one year and/or a civil penalty of up to $2,000.

Codeine and opium and prescription drugs not found in the other classes are drugs within this class if in limited quantities. This is a misdemeanor offense with the following sentence:

Penalties for trafficking in a Class A narcotic such as heroin in Massachusetts are:

If you are in possession of at least 10 grams of fentanyl, you face up to 20-years in prison.

Penalties for trafficking in a Class B drug such as cocaine are:

Defenses to drug charges will depend on the facts and circumstances of each case that your criminal lawyer will have to investigate and explore. Most defenses concern:

Any search or seizure of illegal drugs must be conducted pursuant to a warrant or any recognized exception to the warrant requirement. Your criminal lawyer can determine if police acquired a valid warrant based on probable cause, if the search exceeded the scope of the warrant, or contained other errors, or if a warrantless search fit within a court-recognized exception.

This is not usually a successful defense but can be used if the defendant lacked the intent or was not predisposed to commit the crime but for the inducement of a government agent. A defendant who has prior convictions may be unable to prove this defense.

If the defendant did not have access to the area or location where the drugs were found, then the prosecution may not be able to prove the defendant exercised any control over the drugs, even if they were not found on him.

A car passenger, roommate, friend, or companion may not be aware of the presence of illegal drugs in a house, apartment, office, boat, or vehicle.

Tainted Lab Test or Break in Chain of Custody

Drugs seized in a bust or other seizure are tested to determine if they are illegal substances. Testing labs sometimes have tainted test results, falsify results, or fail to adequately document the receipt, identification, transfer, analysis, labeling, or disposal of the drugs so that a knowledgeable criminal lawyer can argue lack of proof that the drugs in question were the ones pertaining to this case or that the lab tests were not performed per required guidelines.

Trust the defense of your drug charges to a highly seasoned and veteran attorney who has successfully defended numerous persons facing serious penalties for a drug crime. Call Paul Moraski at (978) 397-0011 today for an in-depth consultation about your criminal matter.