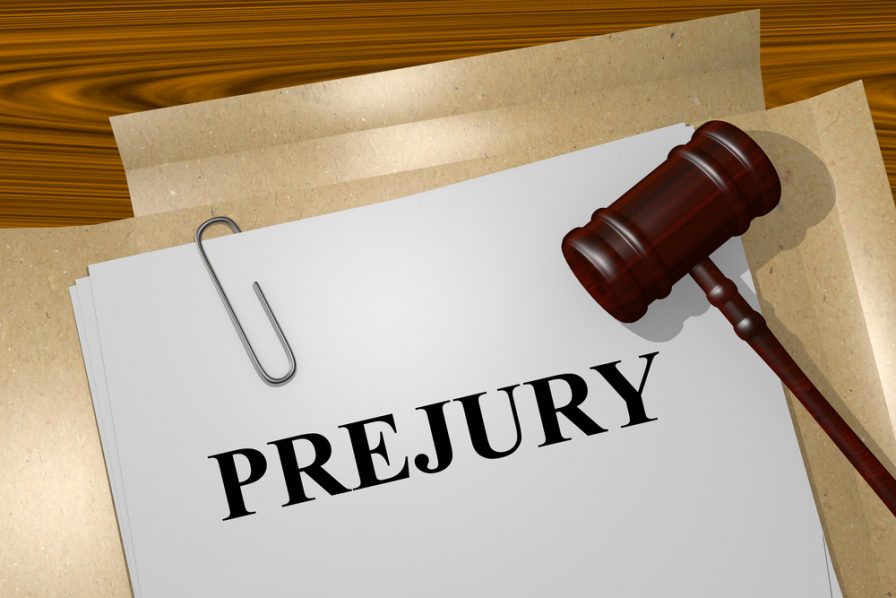 Anyone who’s watched a crime drama is certainly familiar with scenes of the prosecution asking the defendant or a witness if they swear to tell “the truth, the whole truth, and nothing but the truth.” While television series and movies are not a good reference for what actually happens in a court of law, scenes like the one described above do provide a fairly accurate representation of the duty of defendants and witnesses to tell the truth when under oath. Intentionally providing false testimony or deliberately giving a false statement is considered perjury and can result in criminal consequences. If you’re facing perjury charges in Massachusetts, our Massachusetts criminal defense attorney at The Law Office of Paul R. Moraski can help.

Perjury As a Crime in Massachusetts

What to Do if Charged with Perjury

Perjury is being prosecuted more frequently in Massachusetts. If you have been charged with perjury, it is strongly recommended that you begin building your defense immediately by hiring a skilled criminal defense attorney in Massachusetts. Defenses for perjury might include unintentional error or mistake, belief that your statement was true, trauma about the incident that resulted in the loss of memory or mistaken belief about the facts, or that your statement was actually accurate.

At The Law Office of Paul R. Moraski, Attorney Paul Moraski has experience representing clients like you who are facing perjury charges in our state. Being convicted of perjury can lead to jail or prison time, fines, and a black mark on your criminal record. To start protecting yourself and building your defense today, call our Massachusetts criminal defense lawyer directly at (978) 397-0011 or send us a message online to request a consultation. Attorney Paul R. Moraski will advocate for you.