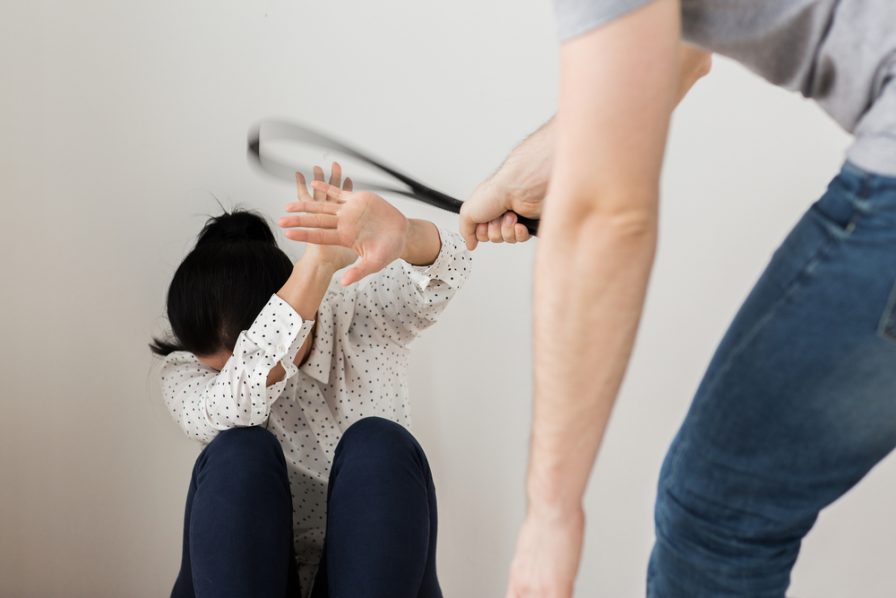 Dave and Teri have been dating on and off for over a year but have not been getting along lately. One night, they have a fierce argument. Dave becomes enraged at Teri after she insults him and throws a dish at him that narrowly misses him. Dave notices a softball on the floor and meaning to just scare Teri, flings the ball near her but just as she moves directly into the path of the ball that strikes her eye, causing her severe eye damage. Dave is arrested for assault and battery with a dangerous weapon.

The elements of intentional assault and battery with a deadly weapon are:

The elements of reckless assault and battery with a dangerous weapon are:

If convicted, Dave could face either up to 10-years in state prison if a jury decides that his act was intentional, or 2.5 years in a house of corrections if his conduct, though not intended to strike or to harm Teri, was nonetheless reckless since he knew it had the potential of causing her harm. In either case, he needs serious and experienced representation by a criminal lawyer who has handled such cases successfully. There are enhanced sentences if the offense was committed with a firearm or hypodermic needle, on a police officer or fire fighter, or on a victim who is at least 65 years of age.

Like any other criminal offense, there are defenses based on the facts and circumstances of the case. There are often mitigating circumstances that can lead to a dismissal or reduction of charges. In Dave’s case, his criminal lawyer could reasonably assert that his act was impulsive and in reaction to Teri’s. Also, police and prosecutors are known to commit mistakes, intentionally or not, in arresting you, in gathering evidence, and in failing to disclose exculpatory evidence.

If you face assault and battery with a dangerous weapon, immediately contact Paul Moraski. Do not give a statement to police or talk to anyone else about the offense or any of the facts concerning it.

What is a Deadly Weapon?

Obviously, items like guns, knives, or swords are inherently dangerous weapons. But ordinary items like a pen or pencil aimed at your eyes, or a baseball or softball intentionally thrown by you can be a dangerous weapon if they were being used in a threatening or potentially dangerous manner. A dog or a motor vehicle also qualify if you command your Doberman to attack someone or you use your car to strike someone either intentionally or recklessly.

Although it is not necessary for the injury to be serious to be charged, the lack of a serious injury can be a mitigating circumstance.

Defenses to Assault and Battery with a Dangerous Weapon

Common defenses to assault and battery with a dangerous weapon are:

Many individuals charged with assault justify their actions as self-defense. To prevail, you must show:

For instance, if you were attacked by someone wielding a knife, gun, sword, sharp implement, hammer, or other item that was wielded in a way that posed an immediate threat to you, then you could retaliate by using a dangerous weapon to repel the attack. However, if you were threatened but had an opportunity to merely walk away, then you must have attempted to do so, or your defense may fail. In Dave’s case, he was apparently attacked by Teri who threw a dish at him, but it might be unreasonable to assume that his safety was in imminent or immediate danger unless she lashed out at him with a knife, and he made no attempt to retreat by simply leaving. But as noted above, he could argue he lacked intent to cause injury though his conduct in throwing the ball could be construed as reckless.

There is no “stand your ground” law in Massachusetts that may allow you to shoot or violently attack someone if you felt threatened with bodily harm without attempting to retreat unless the intruder or trespasser is in your home.

Another defense is that the victim lied about being assaulted. If there were no witnesses, or you can produce a witness to refute the alleged victim’s account that you intentionally and without provocation assaulted the victim, then you may be able to have the charges dismissed. There are many reasons for people to fabricate allegations of assault, including those from ex-lovers, or spiteful business associates.

If you action was unintentional or accidental, you may be able to show lack of intent. However, you must not have acted recklessly. If you merely wanted to scare someone by driving too close to them or by throwing a baseball past their ear (not participants in a baseball game), this is likely reckless conduct since you knew that if the object made contact, it would cause harm. But if you merely tossed the ball without knowing that a person was standing in the area, then there is no intent or reckless conduct.

Paul Moraski has been defending the rights of Massachusetts citizens in all types of criminal offenses. If you have been arrested and charged with assault and battery with a deadly weapon, promptly contact Paul Moraski at (978) 397-0011 for a free consultation.