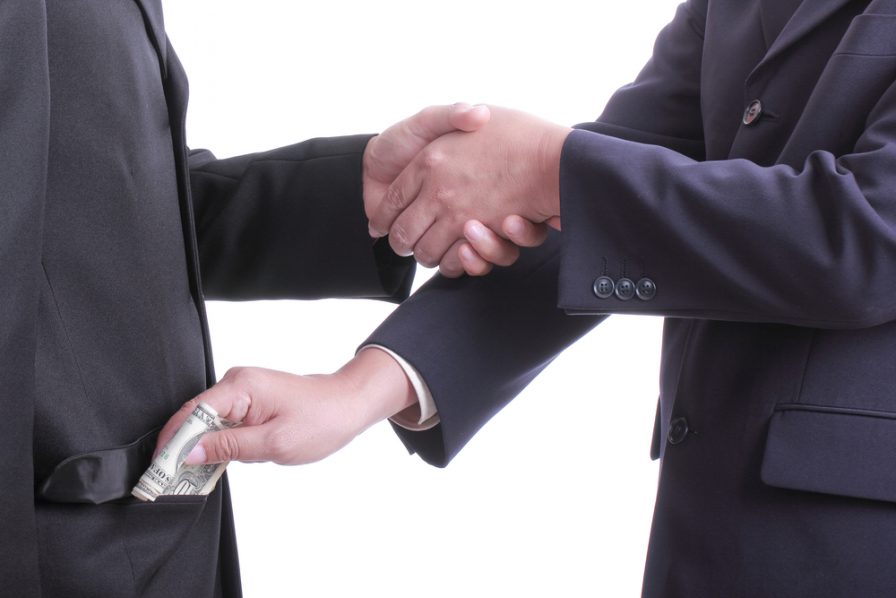 While perceptions about the crime of bribery may conjure up images of back-alley negotiations and deals, bribery is often much less sinister than what you might see on television. At The Law Office of Paul R. Moraski, we understand that bribery charges are often a result of simple misunderstandings and unclear boundaries. If you have been charged with bribery, our experienced criminal defense attorney can help. Call today to start building your defense.

Bribery can take many forms in Massachusetts and is covered in Massachusetts General Laws Chapter 268A, Section 2. In general, bribery refers to soliciting or/and receiving a private favor, gift, or payment for an official action. In other words, it means accepting payment in exchange for doing something else. The code referenced above contains laws pertaining to:

What to Do if Charged with Bribery in MA

If you are charged with bribery in Massachusetts, you should exercise your right to remain silent and refrain from answering any questions during an interrogation. You should also plead “not guilty” if you have your arraignment hearing before you are able to speak with an attorney. As soon as possible, contact your attorney. An attorney will advise you on how best to defend yourself.

According to the same section of code cited above, bribery in Massachusetts is punishable by a fine of up to $100,000, or imprisonment in the state prison for up to 10 years, or by imprisonment in a jail for 2.5 years, or both. Note that bribery charges are often linked to other charges, such as embezzlement or fraud, each of which carries its own criminal penalties.

While bribery is a white collar crime, it is punished just as severely as many other crimes in our state and a conviction could change the course of your life forever. When you work with The Law Office of Paul R. Moraski, our experienced criminal defense lawyer will work hard to protect your rights and help you to understand your legal options. Reach out to our law firm directly by phone or online to get started. You can reach us at (978) 397-0011 to schedule your consultation.