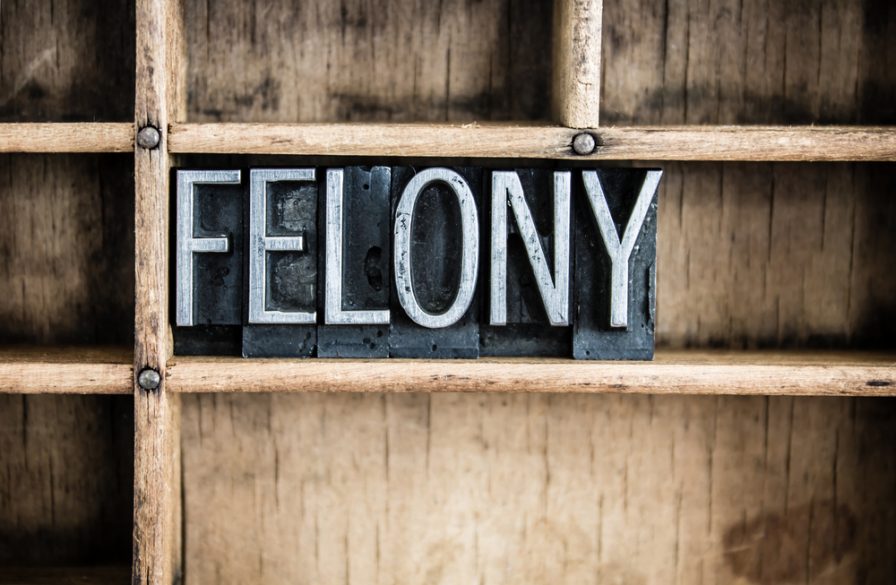 Felonies are the most serious criminal offenses where you face incarceration of more than one year. If convicted of a felony, you will likely face incarceration, a possible substantial fine, and conditions placed on your freedom and civil rights when released. Sentences or dispositions range from probation and/or substantial fines to life in prison without the possibility of parole for offenses like homicide since Massachusetts has eliminated the death penalty. Felony offenses include the following:

Because of the dramatic effect a felony conviction can have on your future, it is essential that you retain a highly experienced criminal defense lawyer to represent you at all stages of your case.

Consequences of a Felony Conviction

The prospect of serving time and having a criminal record can be daunting. Further, the consequences of a criminal conviction can seriously undermine numerous aspects of your life including:

Even if you feel your case is hopeless, a skilled criminal defense lawyer can investigate the facts of the offense, the conduct of the police and prosecutor, review or take statements of witnesses, and examine your own involvement. Possible defenses in any criminal matter depend on the nature of the offense but there are a number of defenses that our office routinely uses:

Your Worcester criminal defense lawyer can present motions to exclude certain evidence from being considered. If granted by the court, your charges may be dropped or substantially reduced.

You may have a felony conviction sealed once 7-years has passed since your conviction. For sexual offenses, you have to wait 15-years after all supervision has ended unless you were classified as a Level 2 or 3 offender, in which case expungement or record sealing is not permitted. You cannot expunge firearms conviction, certain crimes by public officials, or those offenses against “public justice” such as witness tampering. The effect of an expunged or sealed record is that you may respond “no record” on any job application without fear of committing perjury. Your record of conviction for drug possession of a Class D or E drug, if a first offense, will be automatically sealed once your complete your probation.

Sealing a record does not destroy it, but it cannot be used to disqualify you from public employment. Sealed records are only available to law enforcement and may be used to enhance any sentence if you are subsequently convicted of a crime. Sealing, however, does not restore your firearm rights.

An expungement is the destruction of the record, leaving a completely clean slate. However, expungements are rarely granted in Massachusetts.

If your request or petition for sealing has been denied, you can petition for a pardon from the governor. A petition is submitted to the Parole Board acting as Advisory Board which makes a recommendation to the Executive Council consisting of 8 members and the lieutenant governor. To be considered for a pardon, you must show by clear and convincing evidence:

If you were denied a public license or employment based on your conviction and can show why sealing is not an adequate remedy for employment, then this shows a compelling need. If you are seeking eligibility to have your firearms rights restored, you must make a showing that 15-years has passed since the conviction. no other administrative or judicial remedy would restore this right, and the licensing authority has confirmed that a pardon would restore your rights. There are other considerations in this process.

A pardon has the same effect as sealing in that you may state that you have not been convicted of a felony on any application for licensure or employment.

Call Worcester felony conviction lawyer Paul Moraski at (978) 397-0011if you are facing felony charges, are seeking to seal your records or want advice on a pardon application.